Syd is an AFL legend whose story is inspiring, yet heartbreaking especially when hearing it told by Syd himself.

We travelled out to Roelands Mission which was used to house Aboriginal Children who were forcibly removed from their families from the 1940’s to the 1970’s. The mission itself is quite peaceful and beautiful if you can look past its former purpose, which is actually quite easy when you see that it has been reclaimed as Roelands Village by the Woolkabunning Kiaka Aboriginal Corporation (WKAC). Its purpose now is to educate people on its history whilst offering opportunities, education, hospitality, health services, employment and housing for the community.

Syd lives in a house at Roelands Village with two retro cars which personifies him and his humble nature perfectly. He has a small veranda that features only a speed ball and exercise equipment that if you take one look at Syd you can tell that he clearly still uses, impressive for a man in his 70’s.

We sat down with Syd to discuss MADALAH and what his role within the organisation would entail and you could feel his passion for educating Indigenous youth. Syd told us that “education is the number one step in Closing the Gap” and this is evidently his firm belief when you see his body of work post football. The number of initiatives and organisations that revolve around the betterment of Indigenous youth nationwide that Syd is involved in is astounding and an inspiration to the Indigenous community.

Once Syd had learnt about the opportunities that we offer our students he explained to us that “things have changed since I was in school, it used to be white kids at the front and black kids at the back.” He was proud to hear the special achievements of our alumni and that they have the opportunities to be what ever they want to be, as growing up he and the majority of Indigenous students across the nation would never have been offered the same.

Throughout the meeting he would give us snippets of his life and experiences. “I was born in Leonora, but that’s about it.” He and his two sisters were split up and sent to different missions “We were going into town to get ice-creams, but got put into the back of trucks and taken to Moore River Settlement and eventually I ended up here, my sisters went elsewhere.”

He spoke of the demanding lifestyle that he and the other children on the farm were forced to adhere to, chores from 5:00am that had painful consequences if they weren’t done. He showed us the small concrete buildings with tin roofs that we could only imagine what a blistering West Australian summer would do, all of this while not knowing where you’re from or where your family is, is what makes the success of his career so unique.

Making it from South Bunbury Football club, to East Perth in the WAFL and all the way to Carlton Football Club in 1968 where he played 136 games and won 2 premierships is a tremendous achievement. Within two years of starting at Carlton he played and was amongst the best players in one of the biggest Grand Finals of all time; 126,696 people attended to watch AFL’s longest rivals go head to head in the 1970 clash of Carlton vs Collingwood. We couldn’t help but ask if he got nervous playing in front of a crowd of that multitude, his reply showed that he still has that competitive fire “no I loved it, it only made you play harder! Same goes with the racism…I would just go and kick another 3 goals.”

It’s clear that Syd takes that same courageous approach today. Despite the negative memories of his early days in the mission, Syd is now living and working at Roelands Village, the former mission he and other children from across WA were removed to as part of past government policies of the day of removal, protection and assimilation of Aboriginal children. Roelands Village is now run by an Aboriginal organisation, an Aboriginal organisation that represents children who had lived at the former mission.

Today Syd devotes his time to his Ambassadorial role with WKAI, and creating opportunities for Aboriginal children and young people across Australia, including those with disability, to be supported in their health, education, training, employment and sports goals.

It was amazing to meet Syd and a privilege to hear his story as told by him.

Syd will be attending MADALAH events throughout the year and speaking to our students. We are so excited that he has joined the MADALAH family and we can’t wait to work with him in Closing the Gap by offering our opportunities to Indigenous students in WA.

Please send the completed form to:

"I am incredibly grateful for all of the help and commitment MADALAH gave towards putting me through schooling away from home. I wouldn't have had these great opportunities to secure a future life after school without MADALAH! " Jordee Simmons
✕ 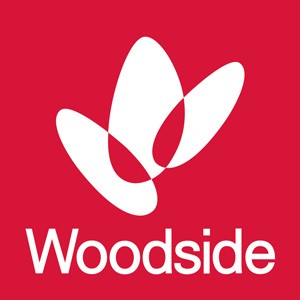 Become a Corporate Partner Learn more about how your business can support MADALAH.

Stay connected to us at any of these popular social networks.

MADALAH acknowledges and pays tribute to the Whadjuk Noongar and Yawuru Peoples, the Traditional Custodians of the Lands on which we work and we pay our respects to their Elders – past, present and emerging. This acknowledgement extends to the First Peoples’ land across the state of Western Australia which is home to the many students and participants that we support.