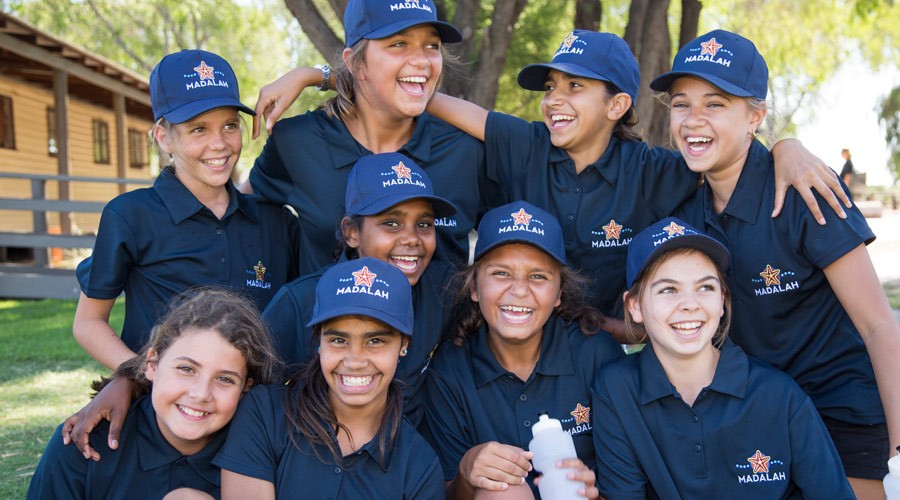 Last weekend, MADALAH hosted a year 7 camp at Point Walter. All 30 year 7 students gathered together to celebrate finishing their first year at school on a MADALAH scholarship. The team at MADALAH want to acknowledge and congratulate the year 7’s for making it through this transition into high school – many of whom have travelled a long way from home to attend boarding school in Perth.

The students participated in a high ropes and flying fox course, where they had to use skills in teamwork, safety and conquering their fear of heights. A few students watched on cautiously before jumping in to have fun, whilst others dived in to hang upside down on the flying fox. It was great to see all the year 7’s cheering each other on and encouraging everyone to have a go.

Once the high ropes course was completed, the students assembled at the basketball court for some friendly competition. After one game ended, another one would start up again. Some of the girls lined up along the court and started some running commentary of each game. It was soon dinner time, and students rushed over to the dining hall to tuck in.

Later that night a fun trivia night was set up, and the year 7’s got into teams to battle each other for the winning title. It was a very close competition, with two teams finishing with the same score. To settle the winning title a game of paper, scissors, rock was played.

The next morning, everyone was up early for breakfast and a few games of sport before saying goodbye and heading back home to prepare for school on Monday. It was such a fun weekend, and I’d like to extend a huge thank you to the Indigenous Program Coordinators who attended and supported the camp. Also a big thanks to the year 7 students for participating and giving everything a go!

Please send the completed form to:

"I am incredibly grateful for all of the help and commitment MADALAH gave towards putting me through schooling away from home. I wouldn't have had these great opportunities to secure a future life after school without MADALAH! " Jordee Simmons
✕

Become a Corporate Partner Learn more about how your business can support MADALAH.

Stay connected to us at any of these popular social networks.

MADALAH acknowledges and pays tribute to the Whadjuk Noongar and Yawuru Peoples, the Traditional Custodians of the Lands on which we work and we pay our respects to their Elders – past, present and emerging. This acknowledgement extends to the First Peoples’ land across the state of Western Australia which is home to the many students and participants that we support.